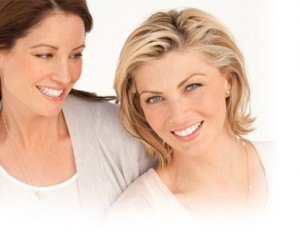 A substantial number of people in our country are affected by glaucoma. The danger of this eye disease is that its effects are silent, at least for some time. In many cases, glaucoma is not even a blip on the radar until the optic nerve has been so significantly damaged that vision is disrupted.  Our preference is to see our patients on a regular basis. During routine eye exams, we assess intraocular pressure, a major indicator of eye health and the development of glaucoma. If this condition is diagnosed, there are a number of ways in which it can be managed. As a complement to medical help, patients are also encouraged to implement healthy lifestyle habits. These may include:

Healthy exercise. Over the past several years, research has continually supported exercise not only as a way to get fit, but also as a way to simply stay healthy. It may not seem as though exercise has any effect on eye health; but it does, particularly for people with glaucoma. Because glaucoma is related to the pressure within the eye, patients need to be mindful of their exercise habits. For instance, it is important to avoid certain yoga or Pilates movements. Specifically, poses in which the head is situated in a downward position promote an influx of blood flow to the area. The more blood flow to the head, the greater intraocular pressure becomes.

Smoking. The more we are learning about smoking and tobacco, the more research indicates the adverse effects that occur throughout the body. In general, smoking is not identified as a factor in the development of glaucoma. However, smoking has been linked to a general breakdown in the tissues of the eye. For this reason, patients who have been diagnosed with glaucoma are encouraged to seek help with smoking cessation.

Caffeine. Recent research was conducted to determine how intraocular pressure could be affected by caffeine. Researchers in one study concluded that, to manage intraocular pressure and glaucoma, it is best to limit the consumption of highly caffeinated beverages like coffee. After about the fourth or 5th cup, pressure within the eye builds, which could lead to damage of the optic nerve.